An Open Letter to Trump Snowflakes

I have had many people bitch me out because I say I don't respect Donald Trump. They say things like "we endured 8 years of Obama, suck it up buttercup." My response to that. FUCK YOU. Period. This man-child in the White House does not deserve my respect, and he will never get it. This is not a normal president. We have a proto-dictator in the White House, and those of us who see it CANNOT remain silent. Just a short list of his high crimes and misdemeanors"

He colluded with Russia, whether he was successful or not does not matter. He may very well have failed at that jut like he fails at every single thing he does. That does not matter, intent to betray is as much a crime as success in the act. He actively worked with a known adversary of the United States to try to swing an election, asking Russia, on primetime TV to hack his opponent and spread information.

Since then, he has ripped into our traditional allies and NATO, while embracing Putin. He has waffled on mutual defense agreements that date back 70 years. He has turned his back on the countries that have stood by us for decades, and even centuries for some. I was raised in a military family, I have had generation after generation, all the way back to the American Revolution, fight, and sometimes die, for this country. This action is no less than treason, a treason for which he should be hung by the neck until dead, as American Law dictates. I'm surprised Ronald Reagan hasn't risen from the grave over this one.

But that isn't it. He treats women like the only asset they have is beauty. He publicly degrades women, insults them openly. Thanks to his behavior, sexual discrimination against women has risen dramatically. He has publicly tried to shame women with the most vile insults I have ever seen, literally suggesting the reason one anchor was hard on him was because she was on her period, and claiming another was "bleeding badly from a face lift." This sort of behavior is revolting in any context, let alone coming from our supposed president.

He is openly racist. He calls Hispanics "Rapists." He calls for complete bans on Muslims. (Except for ones in countries that he does business in, those are OK, even if they did actually fund terrorism, unlike the countries affected by the travel ban.) He has created an environment in this country where little children are TERRIFIED of their government, and terrified that at any moment their parents could be taken away from them. Hate crimes in this country are exploding. White supremacists are openly marching, and claiming that their day has finally arrived. Blacks are being told by elected leaders to "go back to Africa."

But even the naked racism, sexism and treason isn't enough. He trashes the Constitution, a document which, by that way, one of my ancestors SIGNED. He runs roughshod over checks and balances, referring to the Judiciary as "so called judges." He tells the Senate to end the Filibuster, which is an essential tool to help preserve the rights of the minority against the will of the majority. (And remember, not that long ago, the Republicans WERE that minority being protected.)

But worse, he is treating this country like his own personal wealth machine. He has refused to divest from his companies, refused to distance himself from the day to day running of his companies, refused to stop promoting the "Trump Brand." He is treating the presidency as a money making opportunity, and inspiring others in the government to do much the same. This violation of the Emoluments Clause will complete the transition of our country to a kleptocracy.

He has eviscerated government, handing vast power to his children, people who we didn't elect or confirm through the Senate. Almost all functions of the State Department are now being handled by his children, which is what occurs in banana republics. He has shut down the war crimes office, which sends a signal that the United States is no longer interested in prosecuting those crimes on the world stage. I find it funny that just a decade ago, we started a war in the Middle East because of supposed war crimes, but now can't even be bothered to have an office to investigate them.

He has eliminated the FBI investigation department tasked with looking at Right Wing Terrorists, a group which, according to the FBI itself, has had far more success in attacking Americans than Muslim Terror Groups collectively, and which have killed, in the last 50 years, more people than died on 9/11.

In six short months, he has taken a wrecking ball to this country. Every day, the news is more and more like a reality TV show. Every day, he becomes more and more unhinged, attacking any organization or any person that doesn't kowtow to him. He treats his administration like it is some sort of ratings game. He has even had the audacity to suggest he should be put on Mount Rushmore. I will blow the fucking mountain up myself before allowing that atrocity to happen.

So no, I am not going to treat him with respect. And if you don't like that, you can go fuck yourself. Just like Trump is fucking the country I love. 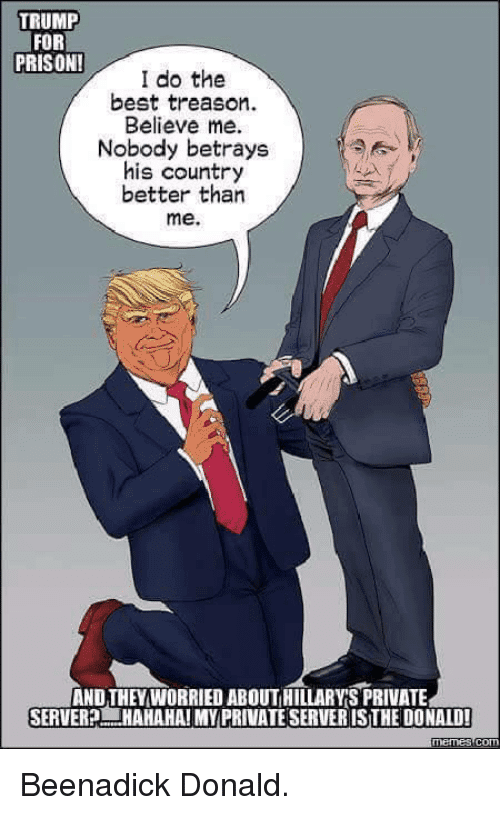