The Birth of The Divine Supplement

One of the great paradigm shifts in the history of religion was the idea that deity no longer needed to be tied to a singular location.  While the shift to Monotheism is heralded as the great advancement in human theological evolution, it actually would not have been effective without this parallel, and possibly even more important shift.

Until this point, the Gods were tied to a location, in fact, most of the early temples were either symbolic or literal homes for the gods.  For example, the Gods Amun and Mut were believed to reside in their statues that were housed in .  These statues were part of significant religious pageantry in the Opet Festival, which re-enacted the marriage and coupling of these deities.  In this annual celebration, the statues were bathed, anointed, paraded, and then wed at the .  During the wedding, the Pharaoh and his consort would stand in for the gods, and then after a "honeymoon" in the temple, the King and the Gods would sail back to .

To our modern mind, we would view this as a symbolic act, much like the modern recreations of the Crucifixion.  However, this modern reframing of the festival does not accurately represent the beliefs of the ancient Egyptians.  To them, the statues were not substitutes for the deities, they were the actual gods, or at least vessels to contain their spirits.  This idea was also held by most of the Mediterranean cultures of antiquity; the Gods of the ancient world resided in the Fetish Objects of their Cults.  (I am using the anthropological meaning of this term, which refers to an object that contains supernatural power.  This term does not refer to anything sexual.)

This belief tied the Gods to their lands, because they were believed to dwell among their people, at least in spirit.  Because of this, the worship of a god was not transferable.  For example, when Ptolemy and his descendants became the rulers of , they ceased worshiping the Greek gods of their land, and became devoted to the Egyptian deities.  In fact, many of the great temples of , such as Dendara, were erected by the Ptolemaic Dynasty, and these rulers are depicted on the temples worshiping as Egyptian Pharaohs.

This idea even held true in much of the Pentateuch, the part of the Hebrew Bible that is attributed to Moses.  Yahweh is mostly confined to the lands of the Israelites, although He does perform miracles in .  It should also be noted, that, like the Egyptian Gods, Yahweh was later confined to an object, in this case the Ark of the Covenant.  Almost all the acts He performs during the forty years in the desert occur near the   Also, even in later books of the Bible, his presence often seems to require the

Also, in the early books, He is only the God of the Jews.  None of the other peoples, either in or in worship Him.  The other deities mentioned, such as Baal or the Gods of Egypt, are not described as false gods as much as they are forbidden deities.  The people in these stories do not convert to Judaism, the only thing they might do is recognize that Yahweh is more powerful than their Gods.

This idea of Gods being tied to geographic locations and objects permeated all of ancient societies, even the proto-monotheistic Jews, although in their case, as they wandered, God traveled with them, because they carried his home with them.  I would consider this to be a transition to the non-localized deity that would later develop.  There are other examples of Gods being carried into battles and such, but here I am going to focus on Judaism, as one of the earliest written traditions reflecting this development.

This idea of a geographically based God began to shift radically for the Jews in the sixth century B.C.E. either during or immediately after the Babylonian Exile.  This is the period when the Book of Joshua was written, and in that book, for the first time possibly in history, we see God and location begin to separate.  Specifically, this occurs in Joshua 22 verses 10 through 34.

In this story, the children of Gad and Reuben, as well as some of the children of Manasseh, build an altar to God on the east bank of the River Jordan, where they are going to make their home.  The rest of the Jewish tribes, believing this to be a false altar raised in rebellion to God, prepared to go to war with their brethren.

Upon arriving, Phinehas discovered that these tribes had not raised an altar to rebel but to honor Yahweh.  Because they were separated from the rest of the Tribes of Israel by the River Jordan, they had erected the altar so that their children could also know God.  Phinehas blessed this endeavor, and there was no war between the tribes.  The only restriction imposed was that they could not use their surrogate altar to perform specific rites, such as the burnt offering, that were restricted to the Tabernacle.

The importance of this event is overlooked by many.  On the surface, it seems to be another lesson about not worshiping false idols, but it is actually far more significant.  It marks what may be the very first instance of what I will term the Divine Supplement; an object that is not in itself of God, but represents God.  It is the first instance of a modern view of the worship of deity.  I will more deeply explore this concept in my next blog post.   For now, I want to look at how this radical idea might have originated.

It is not surprising that this concept would occur in the book of Joshua, which is the first book of the Hebrew Bible to be written during the Babylonian Captivity.  The Torah, although probably put in its final form during this period, likely predates it by a century or more.  During this period, the ancient Jews were dislocated from their lands, captive in a foreign nation and trying to cling to the faith and traditions of their ancestors.

This was an act that was radical at the time.  As I stated earlier, throughout the ancient period, when you moved, you took new Gods.  Even several centuries after the Book of Joshua, this was the typical action.  The expected result of the Exile should have been conversion to the worship of the Babylonian deities.  In fact, that might have been the very reason for the Babylonian Captivity; to stamp out the worship of Yahweh.  I suspect the many injunctions in the bible about foreign gods and false idols are also a reaction to this tradition and to refuse to bow to the convention of religious conversion.

So, given that Judaism was one of the most elaborate theologies of the ancient world, and one that was based on discussion and theological arguments, there became a need to justify the ability to keep faith in a foreign land.  If Yahweh was tied to the land, and even more, to the , in the Jews were cut off from God.  Both the and the were lost to them.  By constructing a Biblical justification for a substitute altar, the Jews became free to find legitimacy for any temple they might raise in .  Their God was no longer tied to place or object.  Only certain rituals such as the burnt offering were denied them, not access to Deity.

Judges could also be a response to this exile, with its constant themes of losing and finding faith in God.  The entire Book reflects how hard it is to hold onto faith when surrounded by other religions, with the Israelites converting to the worship of other Gods, only to find their faith again through a charismatic leader who leads them back to Yahweh.

At this point in history, the Jews created something radical, through the writings in their Holy Books.

Though the Torah, they created a series of laws and rituals that would set them apart from all other people.  No longer was religion based in location, it was based in keeping the Covenant, and living a religiously prescribed lifestyle, reinforced with injunction not to mix with other people.  This kept their purity and made Judaism a religion that could not be adopted just by relocation.  A person had to bind themselves to God in ways that no other society had done before and thus preserved their unique identity.  They found the way to truly create a Jewish Identity.

In the Histories, they created a chronicle of losing and finding faith.  They also created their concept of a God who did not act on whim, but followed a Divine Plan, even if it was utterly incomprehensible to His worshipers.  This is in direct contrast to the whimsical and capricious deities of the rest of the ancient world.  I suspect that He was depicted as cruel at certain moments because life at this time was cruel, and they molded God into that image.  Still, the main story of the Histories is that people need to remain firm in their beliefs and not be swayed to the worship of other Gods.

Finally, the Book of Joshua, while technically part of the Histories, does something radically different than either pf the other two sets of books that were codified in this period.  Joshua creates the idea of a non-localized ability to worship God and still be heard by Him.  It forms the basis of the idea of a religious substitute, the Divine Supplement.

In my next post, I will go into depth on the concept of the Divine Supplement and its relation to the Authentic. 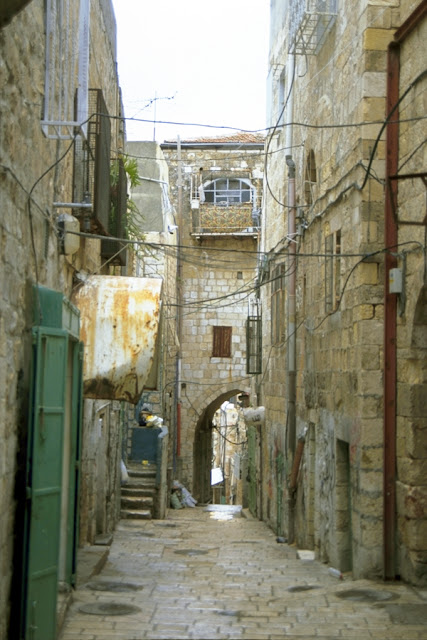