In my previous posts on this subject, I have introduced the idea of the Divine Supplement, and touched on the question of the authentic in religious experience.  I would now like to fully explore this important question: which experience is the authentic, the Divine or the Human?  To partially answer this question, I would like to examine two aspects of Christianity, the Crucifix and the Miracle of Transubstantiation.  In the process of doing this, I will also examine whether each of these things are in themselves authentic.

The Crucifix is a very interesting and complex artifact.  It is a symbol, a metaphor, an allegory wrapped up in a concept of being a holy object, and ultimately a fetish.  As such, this object cannot be easily classified or fully understood through a single frame.

First, I will examine the symbolic nature of the object.  Each crucifix, which is made by people, typically in factories no less, is still a manifestation of the True Cross upon which Jesus was crucified.  It is a symbolic link to a physical object that (probably) was destroyed almost two thousand years ago.  (I’m not going to get into the idea of relics of the True Cross here, I am simply going to assume that it was probably destroyed once it was finished being used.)

As a symbol, it represents an actual object without actually having a physical tie to that object.  In this aspect, it is certainly not authentic, because it has no direct connection to the original.  It is not even formally connected, because the crucifix is much l smaller than the source, nor is it normally made out of wood.  It is only a representation of another object, a reminder of it.

It is also a marker, a form of positional good, marking a person’s position in society as a Christian.  In this manner, it becomes somewhat more authentic, because it signifies something specific about a person.  (A Star of David does the same thing.)  In terms of absolute authenticity, it shows that a person follows a belief system, and an honest display of fact can be considered to be authentic in at least a certain sense of the word.  This makes the Crucifix authentic in the human world.

The second role that the Crucifix fills is that of a metaphor.  It represents an entire conceptualized worldview.  It communicates a myth of a Father God who sent his only Son to Earth to die for the sins of mankind.  I am using Lakoff’s interpretation of metaphor here, where a metaphor is verbal shorthand that we use in society to communicate a much larger concept in a manner that everyone in that culture understands.  Even non-Christians know the story that the Crucifix represents.

In this sense, the cross is authentic, albeit, again in the human realm.  It is representational of a shared myth, although not necessarily a shared belief.  The authenticity of the object is absolute here, because this object is a functioning metaphor for virtually everyone on the planet.  Even if they do not believe, they do understand the metaphoric content.  (I do realize that there are some people who wouldn’t recognize it, but they are also typically removed from many of the other shared aspects of a global society, so this does not impact, in my mind, the authenticity of the object as metaphor.)

Then we move to the idea of the Crucifix as an allegory.  An allegory is similar to a metaphor, but it is a literary device that communicates a complex idea or concept.  In this case, the Crucifix becomes allegorical for the New Covenant, as laid out in the New Testament.  It becomes an allegory for Salvation.

In this aspect, we finally see the Crucifix as representing authenticity of the Divine Experience; it becomes a symbol of personal Salvation.  It connects the person who wears it to God, and I would like to note, a person wears it as an article of faith, and not purely as a positional good.  In this regard, it is Internalized Hierophany, as I outlined in the previous post.

I would also like to note here, the wearing of the Crucifix is an outgrowth of the Reformation.  Prior to Martin Luther, a Cross was forbidden to a non-ordained person; it was viewed as an utterly sacred object.  In fact, in Scotland, in the 15th century, the pentagram was often worn as an article of faith, because it was viewed to represent the 5 wounds of Christ.  The Divinity of the Cross was absolute up until that point.

This leads us to the idea of the Crucifix as a holy object.  Even when worn by a person outside of the church hierarchy, and in that, profane, the Cross retains its sacredity.  To destroy a cross, or any holy object for that matter, is an act of desecration.   It would be highly offensive, even to some people outside of the religion.  (We can see this when Christians and Jews become outraged at the burning of a Koran)

So in this case, the Crucifix has the authenticity of a Divine Experience.  Taken together, the idea of the Cross as metaphor and the Cross as allegory, mixed with the belief that the Crucifix is an actually holy Object, it becomes the Divine Supplement.  It represents God, both as a metaphor and as a line of connection.

So in the end, is the Crucifix actually authentic?

The answer in this case is contextual.  If the Crucifix is an object worn as a positional good, to mark someone’s standing, to show off in a certain way, it is not actually authentic.  This is because it only exists in one dimension of authenticity, that of being a symbol, and an empty one at that.  A Cross around the neck of a person who does not actually live the allegory of what that Cross substitutes for renders it inauthentic.

On the other hand, a Crucifix worn by a person who devoutly believes in what it stands for, and further lives that belief system daily, is an authentic object.  The Divine Connection renders it authentic.

I have looked at the authenticity of an object, now I would like to examine the authenticity of a ritual, that of Transubstantiation.  For those of you who are unfamiliar with the term, Transubstantiation is the miracle that occurs in a Mass.  In this miracle, the wafer literally becomes the body of Christ, and the wine literally becomes his blood.  (They still taste like paper and cheap red wine, because apparently the Savior was not particularly tasty.)

In this sense, there is no symbolism here; this is literal, not symbolic, ritual cannibalism.  I realize that I may upset some people with this, but this is the actuality of Catholic Communion.  I would like to also note, the Protestant faiths, who on the whole don’t have Transubstantiation, engage in symbolic ritual cannibalism.  Because this is literal, there is also no metaphoric content, at least in terms of the religion.

This means that there is no authenticity on the overtly human level, as there is with the Crucifix.  The human authentic does however exist here in the sense of tying the community together.  It becomes a shared experience for the congregation, and through that shared experience creates an identity for the participants.

However, despite lacking symbolic or metaphoric content, Transubstantiation is still allegorical.  It communicates a whole host (pardon the pun) of concepts.  At its core though, this is a Theophany, not a Heirophany, if the miracle is believed.  The intercession of the Priest actually causes Holy Spirit to manifest in the bread and wine.  As with the Crucifix, at the core is a Divine Experience, and in this case, a miracle.

However, as with the Crucifix, the authenticity is based in intent.  For a person who does not believe, there is no authenticity here, simply a bunch of mumbo-jumbo.  It might tie them to their community, make their parents happy or a whole range of other things, but at the core, if there is no belief in the miracle, it is simply a wafer and wine.  It is a fake.

So through this exploration of both of these, I would like to propose an answer to the question I posed earlier, which experience is authentic, the Human or the Divine?  The answer is neither, at least in isolation.

And this is the final core of authenticity in religion; it must tie all three aspects of our relationships together.  If it does, then it will resonate and be authentic, if it does not, it rings false. 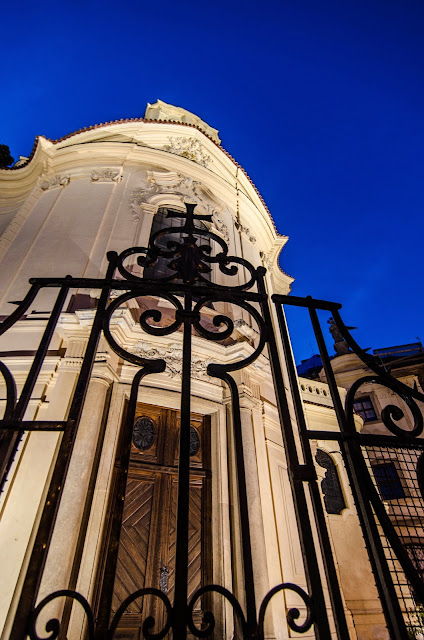