I am getting sick of the bullshit lately on Facebook.  I literally can't open it anymore without seeing some attack on Liberals, claiming we are un-American.  Traitors. Evil.  Post after post about how Liberals are offended by the American Flag, offended by expecting people to work, and offended by Christianity.  How we hate everything "American."

And to this I have to say: shut the fuck up.

I love my country.  Every Liberal I know loves their country.  We can be disappointed in it, want it to be better than it is, and be pissed off at the things it does, and still love it.   Stop beating us with the traitor stick just because we don't agree with you.  (And also, stop waving in our faces that the Democrats were behind the Civil War.  Of course they were, we know that, but we also know that the two parties have changed significantly since .)

Let me give you a brief of my family history.  My family has been here since the 1650's.  I have ancestors who signed both the Declaration of Independence and the US Constitution.  My family has fought in EVERY war has been involved in, and has since before the was the .  They have pioneered the West, and built cities in the East.

I had an uncle who was immortalized in the Band of Brothers; he was the soldier who got shot in the ass.  My Grandfather sacrificed his lungs and his health working in the shipyards during World War II.  My father served in the A Shau valley, where he earned a Bronze Star.  And he wasn't drafted, he signed up willingly as an enlisted man, and then went to college to reenlist as on officer.   Then, working for the Department of Defense after retiring from a 20 year military career, he was the arms negotiator for the Camp David Accords.

On the Civilian front, My great Aunt Winifred was one of the first Doctors to research a cure for Polio, funded personally by Franklin Roosevelt.  My Great Uncle was the Vice President of Caterpillar Tractors.    My mother served as a deputy Press Secretary for two Governors, a Senator and a two Representatives.

And all of them, EVERY SINGLE , was a Liberal.

So, I have to say, I'm sick of it.  Sick of being accused of being a traitor, just because I believe in the Social Compact, Equality and Justice, because I am sick to death of war, because I don't believe that apologizing for atrocities committed by the government equals hatred for my country, because my heart is torn apart every time I see a black man executed without trial by an out of control police officer.

But apparently, these views and beliefs are no longer acceptable thoughts for a true American.

So I'll tell you what is not acceptable, the Confederate Flag.  It is a flag of treason.  It is a symbol of hate, and in my opinion, ANYONE who proudly flies it is a traitor to .  It's simple.  It is a symbol of taking up arms against the lawful government of this country, and of disdain for the US Constitution.

But even more, what is not acceptable is the fetishization of rebellion and revolution.

But what do we get?  The nincompoops on Fox not-news claiming the Charleston Terrorist Attack is not racially motivated, but is better understood as an anti-Christian Crime, perpetrated by a person who hates .  Yes he hates , in that he hates seeing a Black Man walk down the street unbound and unshackled.  We get a massive condemnation of any company that exercises their right to refuse to sell anything related to the Civil War.  We get outrage that the left dares to be outraged by racism, discrimination and symbols of hate.

So I will put it out there.  If you don't think that I am a good American, if you think I am damned to hell because of what I believe, if you think this world would be better off if I was dead, then FUCKING DO IT.

Quit your whining, and pull the GODDAMN trigger.  Round us up and stick us in those camps that you claim are being built to execute YOU.  Have your Kristallnacht and your Reichstag Fire to paint us as the enemy, and lock us into Ghettoes to prevent us from committing race treason.  And then live with what you have done.  Own it, revel in it.  You will get to write the history to paint yourselves as the saviors of

OR, SHUT THE FUCK UP, and admit that even though we disagree, we can agree to do so, and still respect each other.  Work with us to heal the wounds that have now bled for a century and a half.  Admit that we care as passionate as you do about this nation, and join with us to make the country better and stronger.  Meet us halfway, and we will do the same.

The country stands at a precipice like none since the Civil War, and just like then, our side cannot stop what is coming.  No matter how hard we might try to change the course of the ship,  there's still a madman at the wheel trying to crash into the iceberg.

And if we do so, the whole ship will sink, not just the liberal half.

The choice is in your hands. 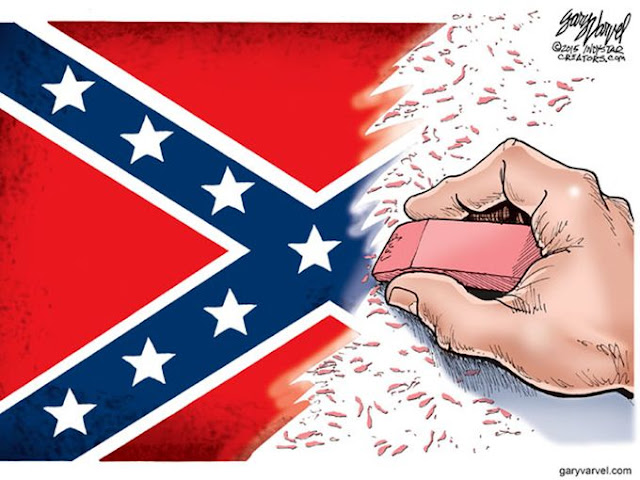