The Other Failing of Pure Systems

Anarchy.
One of the two main failings of modern economic theory is its failure to account for the seven deadly sins.  I wrote about this a few days ago, and then touched on it again a couple of days later.  As I said, human nature will defeat any pure economic system from without.
But contained within economic theories are the seeds of their own destruction, a failing that is so hidden in plain sight, most people do not even recognize its existence.  The two primary economic models of the last century, Capitalism and Communism, seek to replace government with an economic system.
Let me repeat that, both Marx and Smith advocate anarchy.  Both economic systems state that followed in their purest form, government will no longer be necessary.
The reasoning is different for them, but the end result is the same.
Communism states that in a pure egalitarian society, there is no need for governance, because all citizens will work equally toward the common good.  “Each to each according to need.”
Obviously, this will not work at any social scale beyond a band level society.  It works well at that scale because there are social controls, such as shunning that work very effectively in a group of twenty.  Those social controls do not work with advanced, modern society.  If your group of friends won’t talk to you, there’s always Facebook.  We lack the sanctions in a large scale society to make egalitarianism work.  We only need to look at the Soviet Union to know how this story ends.
The anarchy in Capitalism is more obscured, but it is still obvious if you know where to find it.  The Invisible Hand of the Free Market cannot function with any form of regulation.  No safety laws, taxes, tariffs, inspections or regulations.  Any government interference cripples the Invisible Hand, and that hand can only function in a completely free environment.  Again, pure anarchy, although not as overt.
Some of you might say, well what about police and such.  The free market cannot work without security.  The free market answer is you pay for it.  Private security, for those who can afford it, will take care of crime, at least, again, for those who can afford it.  Military, fire protection, roads, all of these can be paid for by the users, maybe as a subscription, but all bought and sold on the free market.
You can see this anarchy appearing in Tea Party purists.  Ron Paul, Grover Norquist, and their ilk would be just as happy with this scenario as they could be.  The real aim of the Tea Party is not to get government out of your life, it’s to get government out of government, kill it and bury it in an unmarked grave.
This is the Capitalist Utopia, a world where there is only the Free Market, and that is the world that they wish to make for the rest of us.
I would like to point out here, by the way, a scary corollary to this.  The minute you outlaw slavery and prostitution, you have destroyed the Free Market.  I want to make absolutely clear that I am not talking about the institutionalized race based slavery of the Antebellum South, which is also destructive to the Free Market, although for different reasons.
I’m talking about a person’s right to sell themselves, or possibly their children, as most common law in this country deems children as the property of their parents.  At its root, on the books, Statutory Rape used to be classified a hundred years ago as a property crime.  (I was sickened when I learned that.)  As soon as you cannot sell yourself, for money, the there is no Free Market.  I know that sounds harsh, but a free market must be absolutely free.  Ask a die hard capitalist economist and they will point out that a truly free market has never been achieved.  That's because people wouldn't stand for it if it was.
Those of you who worship at the Altar of Free Markets need to remember that.
It is unacceptable to allow a human to sell themselves.  Not everything is a commodity to be sold on the open market, and that is something most people, from all aspects of the political spectrum, would agree with.
Once you accept that premise, all that is left is to accept that the Free Market is an illusion, we need government and economic systems are NO substitute for that government.  Unless the Tea Party really wants to cause the United States to cease to exist for all intents and purposes, they need to accept that there will be laws, taxes and regulations.
If you still want to live in Anarchy, move to Haiti.  I'm sure you'll find it lovely.  The rest of us will stay here and try to make this impure system work. 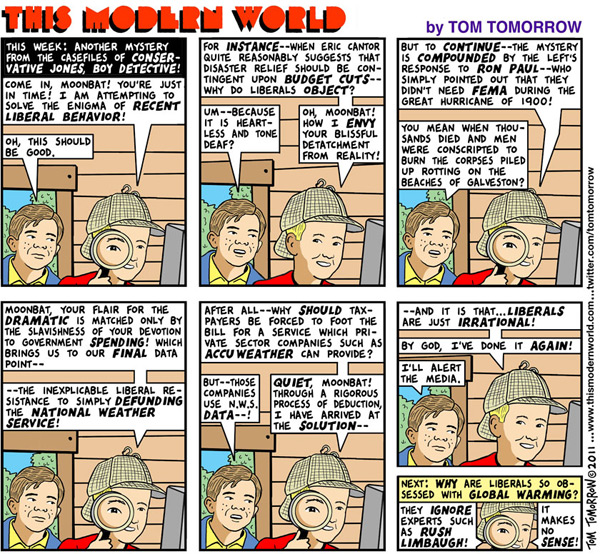