Russian Roulette
How much of a chance would you take with your life?  50/50?  75/25? 99/1?  What is the threshold of an acceptable risk?  Is any risk acceptable?
With terrorism it seems the acceptable risk is almost non-existent.  We will give up everything, liberty, privacy, identity, just to protect ourselves from the possibility of a death that statistically has less probability than being hit by lightning while bungee jumping.  In other words, we are willing to give up almost everything that makes us American to protect ourselves from something that has almost no chance of happening to us personally.
I do want to point that I’m not talking about the statistical probability of a terrorist attack, which is a higher probability, maybe even a much higher possibility.  I’m merely referring to the likelihood of an individual person perishing in a terrorist attack; that is a very low chance for any individual.
Now on to Global Warming; this is an event, according to scientific consensus, that is actually occurring.  It is not a statistical probability, it is occurring, and it is likely caused, or at least partially caused, by humans.
I understand that science has been wrong in the past, sometimes catastrophically wrong, but usually errors in science have been the result of an unwillingness to accept data because it didn’t fit their preconceptions.  Climate scientists will be the first ones to tell you there is some data that doesn’t fit into the climate change theory, and that this is a complex system that is hard to simulate or model because of the number of variables involved.  Like evolution, Global Warming is the theoretical construct that best fits the available data.  There is a chance, although small, that the theory is wrong, but science must move forward with the best theory until proven incorrect.  You do not eliminate a good working theory until a superior one is presented.
I should point out, a theory in science does not equate to myth, nor does it say we don’t know if this is true.  The definition of a scientific theory is well described on Wikipedia, which is as follows: “A scientific theory comprises a collection of concepts, including abstractions of observable phenomena expressed as quantifiable properties, together with rules (called scientific laws) that express relationships between observations of such concepts.”
So why do Americans seem to be so willing, or at least resigned, to trash the constitution to prevent terrorism, but seem to have little inclination to alter their way of life to even slightly mitigate Global Warming?
For a long time I thought it was the drama of the event.  Terrorist attacks have high drama, and place eternal scars on our psyches.  The events of September 11 will be a bleeding wound on the American soul for a generation.  (And that is an understandable thing, read my last blog post; there are many things I still can’t talk about relating to that event)  Global warming is not overtly as dramatic; it is a slow, creeping change.
But is it really?  Katrina, Ike, Irene, Lee, all of these hurricanes have been intensified or influenced by global warming.  Rising sea levels threaten to displace maybe as many as one billion people. (That is billion with a B)  Entire species, including man, face the possibility of being wiped out.  That’s pretty dramatic.
And our response, if we even have one, is to demand drilling in the Arctic Wildlife Refuge.  Like little children, we stick our fingers in our ears and scream no.. no.. no.  We throw tantrums of denial.
We have to satisfy our carbon addiction.  Gasoline is our heroin and our SUV’s are the syringe.
So, again, why are we willing to give up so much in the face of terrorism, but not willing to do so to slow Global Warming?  Even if Global Warming has only a 10% chance of being caused by people, isn’t it imperative that we act?  What level of risk is no longer acceptable?
The answer that I have come up with disturbs me.  If I am right, it shows a cynicism bordering on evil.  I hope this is not the real answer, but this answer fits the available data, and that scares me.
Fighting terrorism asks the people to sacrifice their freedoms; they have to accept drastic impositions on their way of life.  Fighting Global Warming asks the Masters of the Universe to sacrifice their profit margins; they have to accept regulations and impositions on the way they run their businesses.
The first, I fear, is quite acceptable to the existing power structure, in fact, it might even enhance it, the second, totally unacceptable.  As a proof of this fact, look at Europe, where corporations have far less power and influence in the halls of government.  Europeans, on the whole, tend to accept global warming and have enacted legislation to start to mitigate it.  There are global warming skeptics there, but typically they have less voice, or will admit that maybe we should do something just in case.
In America, the Tea Party is demanding rollbacks of the Clean Air and Clean Water Acts.  They scream the regulation of industry is killing jobs.  Apparently breathable air and drinkable water are luxuries we cannot afford, anymore than we can afford the luxury of being able to keep our shoes on in airport security lines.  Survival as a species is not acceptable if it cuts into profit margins.
Really?  Is this where we are as a people?  If it actually is, maybe we deserve what we are doing to ourselves.  We can’t kill nature, it will survive us, despite our best efforts.  We are only killing ourselves. 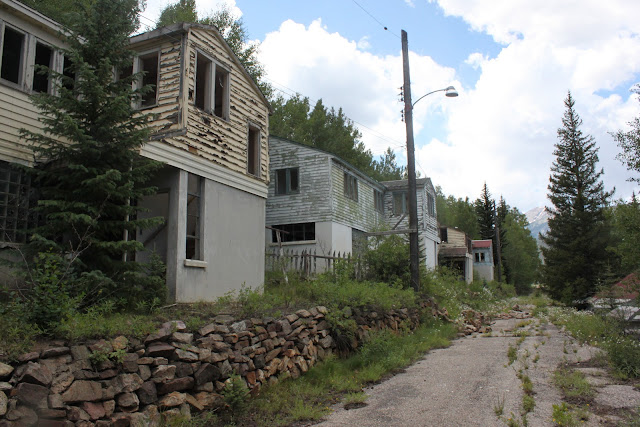 Arena – The Hanging Tree from the Album “The Visitor”
Posted by Scott Sworts at 3:52 PM