The Three Dimensions of Power

Power
The application of power by the stronger on the weaker has been a prevailing condition throughout history.  Its application was very thoroughly documented by John Gaventa in his book “Power and Powerlessness: Quiescence and Rebellion in an Appalachian Valley.”  In that book he discussed why Appalachian coal miners were so unwilling to complain about their horrific working environments. 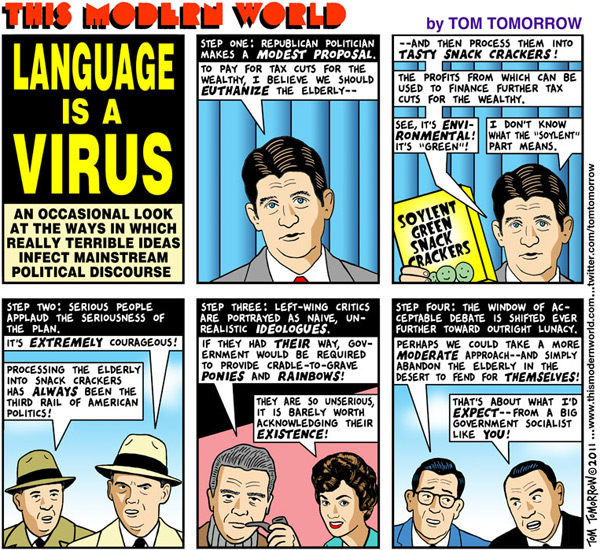 As a first test, see how many Dimensions you can identify in the above cartoon.
Posted by Scott Sworts at 3:24 PM